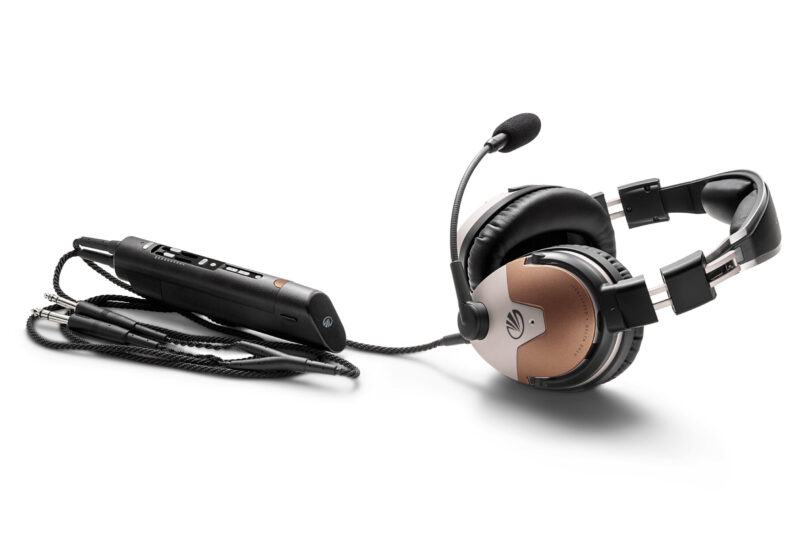 SAFETY
Lightspeed’s designers and engineers collaborated with a team of highly qualified flight and safety experts to develop a revolutionary digital platform and groundbreaking new technologies to make flying safer. Kanari™ smart alert technology built right into the headset provides protection by measuring cabin carbon monoxide levels, helping to keep you and your passengers alert and safe with audible warnings. Our free Lightspeed App allows you to also check the CO sensor data visually during flight, and review your full history later.

The Delta Zulu also introduces a built-in audio equalization system called HearingEQity™ that ensures crystal clear flight communication. Through an automated 12-frequency hearing test that can be taken through the Lightspeed app, HearingEQity sets the hearing level in each ear of your headset to create your individual hearing profile to compensate for any hearing variations between ears.

CONTROL
The Lightspeed App also allows you to record radio conversations, playback transmissions, draw diagrams, and archive flight recordings for post-flight briefing and training. Delta Zulu is also the first headset to adopt the UAC plug, allowing you to connect to other devices directly from the headset for charging, data communications, and auxiliary audio.

* The Lightspeed App is NOT REQUIRED to use the Delta Zulu ANR headset. For primary Android device users, an iOS device is only needed to set up your HearingEQity™ profile along with carbon monoxide preferences and PPM settings for the first time accessing the Lightspeed App. You may use any iPhone or an iPad or other similar Apple device with iOS version 13 or higher. Your personalized hearing profile and CO alert preferences will be saved in your headset after you complete the set-up process, eliminating the need to have an iOS device for future use with your Delta Zulu.

Please note that while some additional convenient functions on the App will not be available without regular access to an iOS device, the important safety features of Delta Zulu are stored in the headset itself. Once set up, they will automatically deliver improved flying safety.

By registering, you can view your order and service history, request support, and update your information. You will also receive an invitation to sign up to receive important updates, offers, and event invitations.

IMPORTANT: If you purchased your headset directly from Lightspeed, your product is already registered with us.

Free shipping applies to any order that contains at least one regularly priced item valued at $199 or more. Free shipping is only available within the United States.

It’s life saving and safety features put it in a league of its own.

Delta Zulu: It’s perfect! I had Zulu 3 before this one, it’s more comfortable, you can customize many things and it sounds brilliant

All of the new features, including in-app, are highly desirable in the current industry, but seeing the surfacing of real-time carbon monoxide monitoring and the elegant HearingEQuity built right into the headset and app interface spoke volumes to me about what drove Lightspeed’s engineering, and the translation into this design was top-notch.